"Flatter and deeper" payout on tap 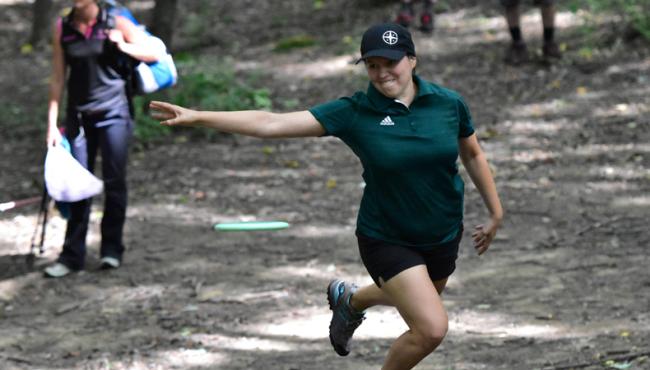 The 2018 PDGA National Tour once again will put $35,000 worth of bonus money on the table, and this season more players will have a crack at the pot.

A total of 15 Open players and 10 Open Women’s players will now be rewarded at the end of the season-long circuit, the PDGA Board of Directors announced today. Those numbers were 10 and five in 2017, respectively. Players earn points for their best four finishes in each of the series’ first five tournaments plus their showing at the Ed Headrick Disc Golf Hall of Fame Classic, the tour finale.

Board Treasurer and NT/Majors Committee Chair Nate Heinold spearheaded the push to flatten the payout and dive deeper into the competitor pool. He said the goal was to help incentivize more players to travel to National Tour events and to reward overall consistency. He pointed to players like Nate Perkins, who came in 13th place on the Open side after competing in five NTs, and Lisa Fajkus, who finished just outside the Open Women’s bonus after hitting four of the six events. Players in their position in 2018 will get an extra $600 and $700 for their season-long efforts.

“What we have heard is tournaments need to be this way, so by extension we took it to be the NT payout should be flatter and deeper because that’s going to help more of our players stay on tour,” Heinold said.

Fajkus welcomed the change in bonus structure and said that she will be playing all of the National Tour events as she aims for a higher finish in 2018.

“The touring players, we’re out here week in and week out and it’s a grind,” Fajkus said. “So it’s cool to have that to work toward, for sure. That’s an extra sweet bonus at the end.”

The tour series bonus will again be sponsored by ZÜCA, ProActive Disc Golf, and Disc Golf Association (DGA), and Heinold said that if the PDGA board and staff acquire more funding the money will go straight toward the 2018 payout.

The National Tour begins on February 22 in Henderson, Nevada, with the Las Vegas Challenge. The NT bonus will be dispersed after the final putts drop at the International Disc Golf Center for the Hall of Fame Classic in October.

I think this is a step in the right direction. Obviously I would like to see a higher purse create a more leveled payout, but hopefully that will come with time.
Disc Golf has so many talented athletes, I think adjusting the payout schedule is a good step in retaining players, and more players looking at the sport as more of a full time commitment. This is a good step !!