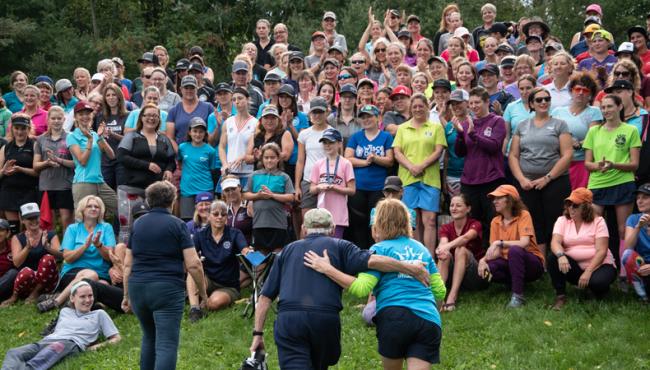 Another year, another record broken.

In 1999, Harold Duvall ran what would be considered the first United States Women’s Disc Golf Championships (1999 Women’s National Championships) in Charlotte, North Carolina, hosting a field of 21 women between two divisions. Now, 19 years later, the number of competitors has grown eight-fold, as 160-plus have made the trek to Lansing, Michigan, for their shot at the national title.

Regardless of location, women's-only events tend to have a different vibe. It’s a fine balance between competition and camaraderie, often tipping toward the latter. This event is no exception, as the camaraderie is nearly palpable.

“One of the main things I try to focus on, being a woman and running women’s events, is trying to make things fun for the women,” Oakley said. “For our [women’s events] here in Michigan there’s always homemade player’s pack items. We have some crafty girls. There is a puzzle with a picture of a hole on the course. Unique items like that make these events even more special.”

Zoe Andyke (left) and Sarah Hokom (right) in costume for the doubles round on Thursday, a tradition Andyke started years ago for USWDGC.

This is still a PDGA Major, though, and a United States Championship is on the line. When the women tee off on Friday afternoon, competition takes over. Four rounds will be played, with one on Friday, two on Saturday, and a final round on Sunday, all via shotgun starts. Many high-level events prefer tee times, but not here, where expertise on running women-only events is abundant.

“Women like to hang out with each other when they’re not playing," Oakley said. "That’s another reason I like the shotgun starts. After everybody’s done on Friday they can do their own thing, they can get together with their friends they haven’t seen in a while.”

The event is being held exclusively in Burchfield Park, where four layouts will be played between the two permanent courses on site. And it is gorgeous. As we often see in Michigan, the grounds are incredibly well-manicured, and the women will take on a mixture of open, wooded, and hilly terrain, including a few holes that involve something else Michigan disc golf is well-known for: toboggan runs.

“These are some of the most beautiful courses in Michigan, I think, and I’m not just saying that because I’m biased,” Oakley said. “The park staff -- none of them play disc golf, but they take huge pride in maintaining the courses.” 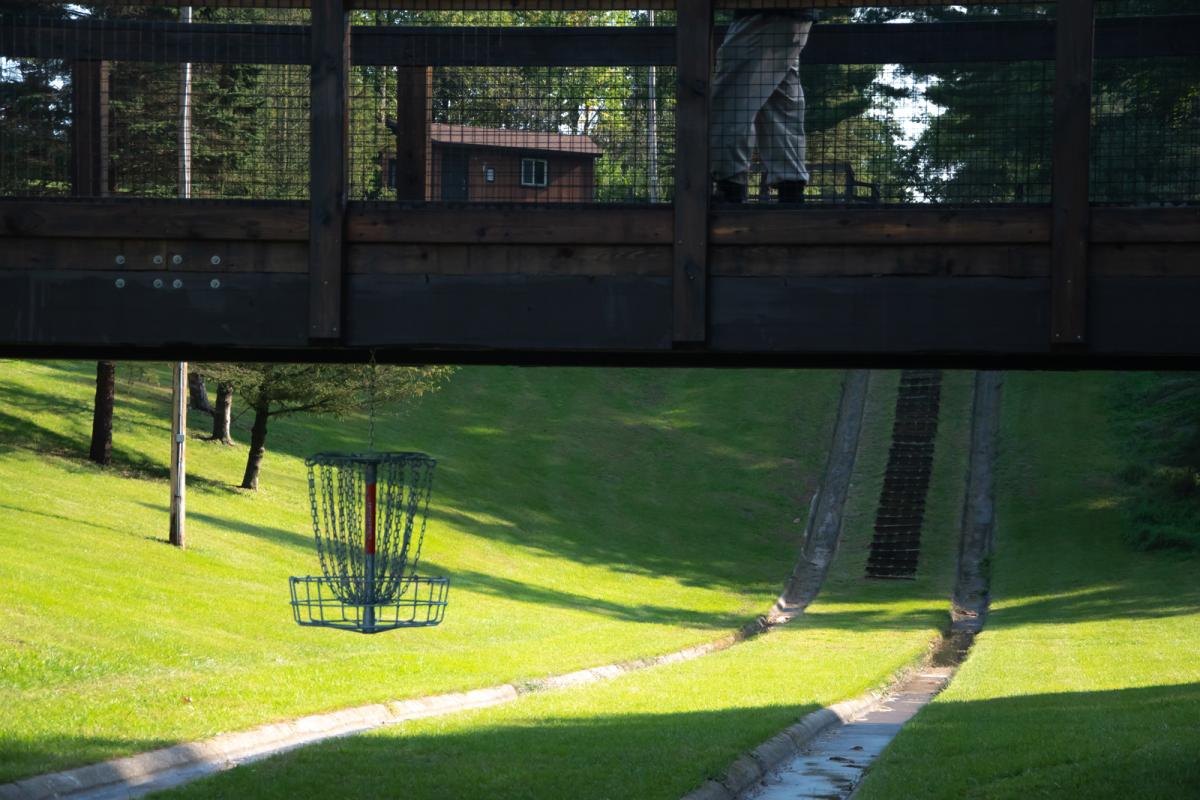 Hole 2 at Burchfield Park's River's Edge course plays from the top of a toboggan run down to a hanging basket attached to the underside of a wooden bridge. Photo: Matt Gregoire

Round one begins at 1:00 p.m. on Friday, September 21, with a feature card that includes Pierce, Liz Carr-Sypien, Kristin Tattar, and Hailey King. Follow the hole-by-hole scores and updates on pdgalive.com all week and make sure to subscribe to Jomez Productions and The Disc Golf Guy on YouTube for 2018 USWDGC video coverage.